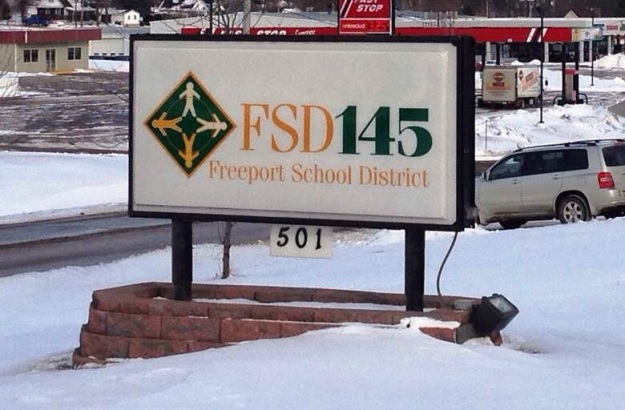 Freeport School District Has A Lot in Common With The Politicians in Springfield – The Solution to Every Problem Is More Taxes!

Real Estate Taxes in the City of Freeport are some of the highest in the country with the rate going up each year. Ask your local politicians about the rate for next year.

The school districts in Stephenson County led by Freeport want another 1% added to the sales tax so Freeport will be 9%. Spend $10 and pay almost $1 in taxes! They say it will be used to pay off existing bonds. A sales tax increase is only justified if there is a corresponding decrease in real estate taxes dollar for dollar – and that must be guaranteed which is joke. Give the bureaucrats running the school districts more money, and they will just spend more money. Schools in the Freeport District received failing grades since not one grade met state averages, and has the lowest graduation rate of school districts in Stephenson, Carroll, and Jo Daviess Counties. So much for more money for failing schools. More money is not the answer.

The Freeport School District has already announced it is increasing its levy 1.83% and that an owner of $100,000 residence will pay an additional $120 more in real estate taxes!

Yes, Freeport School District is recognized this month for consistently raising our real estate taxes and now it wants a special sales tax to raise even more money. Perhaps, it will request a special exit tax on everyone leaving the community until no one remains! True bureaucrats don’t care as long as they get paid – since they can just move on to their next victim when a community is destroyed.

For more details and to compare this district to schools in other districts go to http://fh.suntimes.com/reportcards/search/index