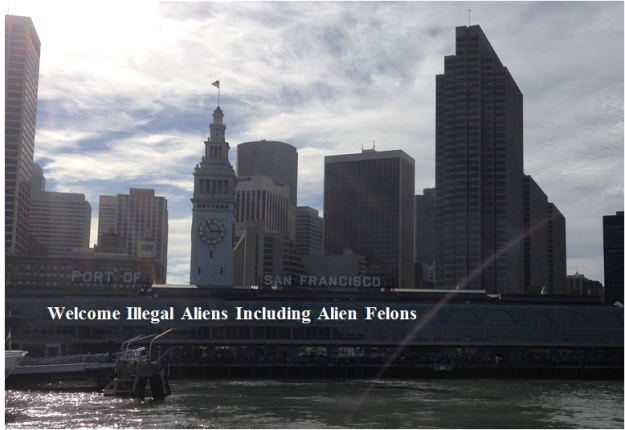 What is one solution? San Francisco does understand that much of its economy depends on tourists and business meetings. This country needs to maintain a list of cities where the local governments do not enforce the laws of this country. Call it the “Lawless American Cities” list or LAC! Let’s start the list. Visitors to these cities should be on notice that criminal activity is tolerated and that law abiding citizens are at risk. This week we will add San Francisco to the list. The federal government maintains a “No Fly List” and a list of countries that sponsor terrorism, but unfortunately the federal government cannot maintain the “Lawless American Cities” list because it is part of the problem. It has done nothing when a city in this country fails to enforce the immigration laws of this nation. The Obama Administration is very selective when it comes to enforcing the laws of this nation. It does no good to pass more laws when existing laws are not enforced. Ask the parents of Kate Steinle – they know who counts in this country – and it’s not white women.