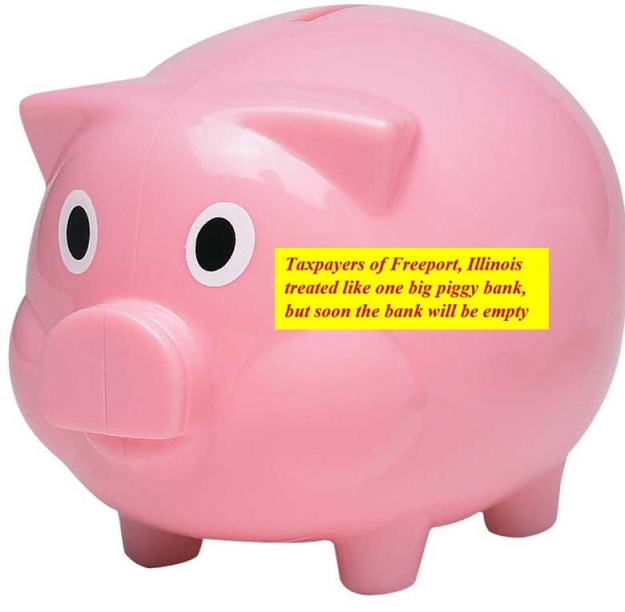 A city manager form of government in theory is a great idea, but it requires a strong city council to keep the bureaucrats under control.  Freeport does not have a strong city council.  Control of the City has been relinquished to a City Manager who thinks he is in the military.  We have department heads who are totally unresponsive to the citizens of this community, and in fact treat them with contempt.    Of course, all of these bureaucrats will be gone in the next few years, but the damage has been done.  Freeport at one time was an oasis of reason in the corrupt State of Illinois, but now it is run like Springfield.    The citizens are treated like a big piggy bank, and when the bank is empty, the bureaucrats move on to their next victim.   Goodbye Freeport, you just don’t get it.