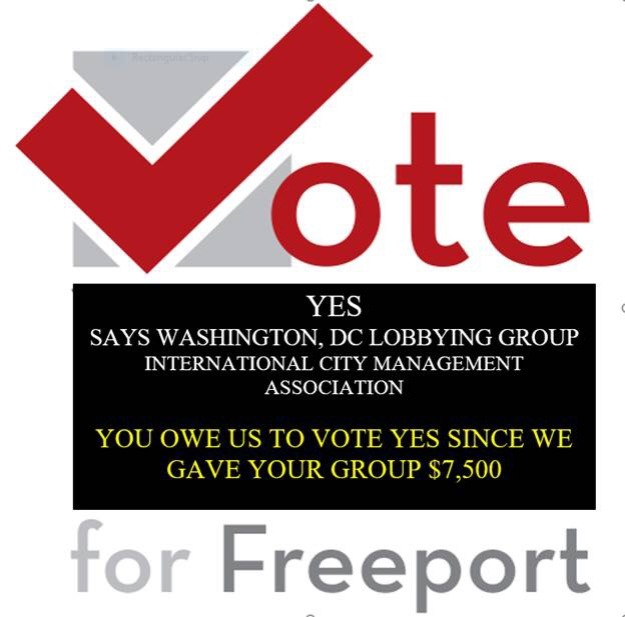 In the Quarterly Report filed with the State Board of Elections by the “Vote Yes for Freeport” group one of the contributions to this group stands out. A Washington, DC lobbying group, International City/County Management Association contributed $7,500 to the “Vote Yes” group. It’s hard to believe this Association cares about what is best for Freeport. A better name for this Association would be “Association for Full Employment of City Managers.” The “Vote Yes” group should disclose the fact that almost half of its funding is from an outside lobbying group. As I have stated before, maybe the time has come for a city manager in Freeport, but I don’t like being told by a Washington, DC lobbying group that I should vote “Yes.”